You rent, we pay 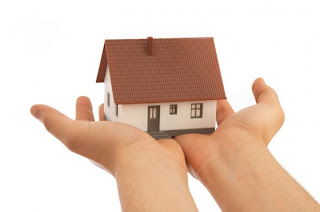 This is just great!? Isn't it?

Now we will own people's houses. I guess it wouldn't amount to a taking under the 5th Amendment because folks will, presumably, voluntarily relinquish their house titles to an all benevolent government. Who pays the mortgages off? Us? Or do the banks or financial institutions holding the notes just walk away and eat the losses?

How would that not be a taking unless they receive just compensation? Or does the government make the mortgage payments to them?

Jesus Christ on a hand-stick!! What is going on?? Is anyone paying attention here?

NEW YORK, July 14 (Reuters) - U.S. government officials are weighing a plan that would let borrowers who have fallen behind on their mortgage payments avoid eviction by renting their homes instead, sources familiar with the administration's thinking said on Tuesday.

Under one idea being discussed, delinquent homeowners would surrender ownership of their homes but would continue to live in the property for several years, the sources told Reuters.

Officials are also considering whether the government should make mortgage payments on behalf of borrowers who cannot keep up with their home loans, tapping an unused portion of a $50 billion housing aid kitty.

As part of this plan, jobless borrowers might receive a housing stipend along with regular unemployment benefits, the sources said. (Reporting by Patrick Rucker; Editing by Diane Craft)