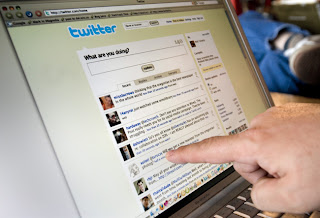 Be careful what you twitter someone may be listening.

Chicago (STNG)- A woman living in the North Side Uptown neighborhood is being sued for allegedly posting on her Twitter account a "tweet" that accuses her management company of being OK with moldy apartments.

According to the suit filed Monday in Cook County Circuit Court Bonnen wrote an update that said "Who said sleeping in a moldy apartment was bad for you? Horizon realty thinks it's okay."

Bonnen was living at an apartment managed by Horizon Group Management at 4242 N. Sheridan Rd.

Horizon Group Management has been greatly injured in its reputation as a landlord in Chicago because of Bonnen's Tweet, the suit said.