No one need apply 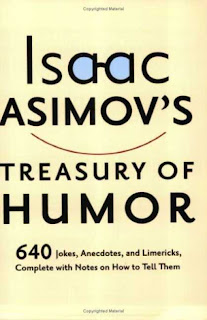 
The chairman of the Senate Democratic Policy Committee quashed an effort by the Treasury Department to hire a cartoonist after the link to the job ad was posted on the Drudge Report.

Sen. Byron Dorgan (D-N.D.) contacted the Treasury Department to complain after Matt Drudge’s website linked to a want ad for contractors with the “ability to create cartoons on the spot about [Bureau of the Public Debt] jobs.”

The cartoonist was sought to provide presentations for the bureau's management meetings, according to the ad.

“The contractor shall conduct two, 3-hour Humor in the Workplace programs that will discuss the power of humor in the workplace [and] the close relationship between humor and stress,” the ad stated.

Several conservatives on Capitol Hill found it highly amusing that the Bureau of the Public Debt found it necessary to resort to humor in order to ease the stress of management meetings at a time when the federal deficit is ballooning.

But Dorgan didn’t find it so funny.

“Of all the agencies, the Bureau of Public Debt should know that there is very little that is funny about today’s economic conditions,” Dorgan said in a statement. “I understand the need for motivation in the workplace, but I think we have a greater motivation to save the taxpayers some money.”

The bureau canceled its plan to hire a cartoonist after Dorgan intervened.

“I’m glad that the agency that deals with our public debt came to their senses and stopped their plans to hire a contractor to create cartoons in the workplace,” Dorgan said.

Wesley Denton, a spokesman for Sen. Jim DeMint (R-S.C.), a leading fiscal conservative, laughed when he heard about the Treasury Department ploy before turning serious.

“It’s ridiculous and shows how out of touch they are with regular Americans,” he said. “Other Americans are worried about putting food on the table and don’t have time to goof around.”
Posted by Sam at 1:50 PM