It will be bizarre 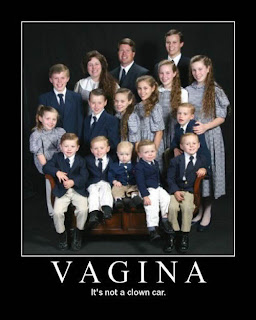 Her poor kids never really stood a chance for a 'normal' life did they?


Octuplet mother Nadya Suleman has signed agreements for each of her 14 children to earn $250 a day to star in a reality television show.

The contracts filed Friday in Los Angeles Superior Court guarantee the children will collectively earn about $250,000 over three years. The contracts require a judge's approval.

European production company Eyeworks has inked the deal with Suleman. Eyeworks lists "Breaking Bonaduce" and "The Biggest Loser" among its television credits.

The show is slated to begin filming Sept. 1, according to the documents.

The payments outlined in the contracts say Suleman's kids will collectively earn $125,000 for 36 days of shooting in the first year of production, $75,000 for 21 days in the second year and $50,000 for 14 days in the third year. Any extra shooting days will be compensated at the same rate.

The contract also states that 15 percent of the gross compensation will be deposited by Eyeworks into a "Coogan Trust Account," as required by California law. The monies can't be touched until the children turn 18 or become legally emancipated.

A call to Suleman's lawyer Jeff Czech was not immediately returned Friday afternoon. He has said previously that the family has hired an entertainment lawyer and established a trust for her children, ages eight and under.

Suleman and a Website that shot video of her children have faced allegations of labor abuses in recent months.

State regulators brought four citations against Web site RadarOnline for their video taping of the first two octuplets to go home from the hospital. The state Labor Commissioner said the Web site failed to get required state permits, videotaped the infants at hours and for periods that were illegal and failed to provide a child monitor during the tapings.

A hearing is scheduled on Monday in Orange County Superior Court, in the lawsuit brought by attorney Gloria Allred. Allred asked for a labor investigation and the establishment of a trust for the children on behalf of former child entertainer Paul Petersen, president of a group dedicated to the protection of child performers.

Suleman gave birth to the world's longest-surviving set of octuplets on Jan. 26. The medical curiosity of their delivery turned to public outrage when it was learned that the single, unemployed mother had been caring for her six other children with the help of food stamps and Social Security disability payments for three of the youngsters. Suleman said previously that some of the disability money was spent on in vitro fertilizations, which was used for all 14 of her children.