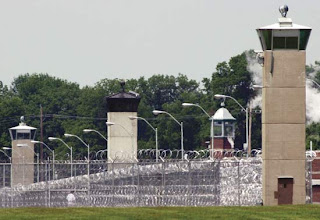 Good job by the Steves. (deLemos and Harkins)

A Comal County jury sentenced a man to eight years in prison Thursday for aggravated robbery.

The jury of eight women and four men heard four days of testimony before deliberating on Mendoza’s sentence in the 274th District Court of Judge Gary Steel Thursday morning.

Surveillance video from the convenience store at Spur Street and San Antonio Street showed Mendoza pointing a gun at Garcia, demanding cash and fleeing the store. He later was nabbed by New Braunfels police.

“We offer no excuse; we offer no justification for what happened...,” Garcia said. “Brandon did a very bad thing, and we can never make any excuse or justification for it ... I am asking you to assess a 10-year term in prison ... After that, we do ask you to grant probation.”

Comal County Assistant District Attorney Steve Harkins reminded the jury Brandon Mendoza was arrested just one year before for burglary of a habitation and theft of a vehicle. He told them Brandon Mendoza already was on probation when he pointed the gun at Garcia.

Comal County Assistant District Attorney Steve De Lemos said after the sentencing, “This is what the jury system is about... This sends a message that citizens of this county will not tolerate robbers in the county.”
Posted by Sam at 6:21 AM