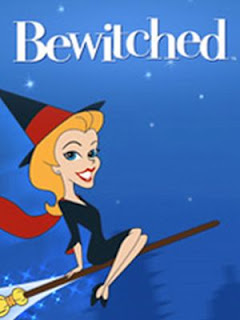 Have you been called a witch?

Need a job? Have at it then.

WELLS, England -- Help wanted: one witch. And the job requirements are the ability to cackle and no allergies to cats. Woman or man considered.

The Wookey Hole Caves near Wells, England, is looking for a new witch because the current resident witch has decided to move on to a new job. The job to fill her pointed shoes pays about $80,000 a year. In return the witch must live in the cool caves and entertain tourists with information on witchcraft.

The caves are famous, and have appeared in Harry Potter novels.

A witch is required because of the caves' history -- a story that a witch was turned to stone in the caves by a monk. There's even a cave formation that is said to be the former witch.

The town is holding open auditions on July 28th. Be sure to turn up in hat and robes, and be ready to perform. If you think you're qualified because you have a tendency to be grouchy or nasty, this may not be the witch job for you. The marketing director says mean witches are so yesterday. They're looking for a good witch who has a sense of humor.

So, if you're interested, hop on your broomstick and head to Wookey Hole. They'll take you, warts and all.
Posted by Sam at 6:18 AM