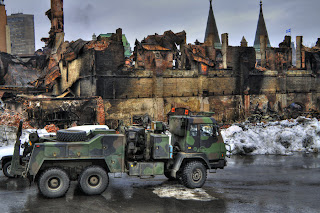 Its very hot and people are getting stupider.

Arresting these folks will go a long way to quashing the stupidity I hope.

Rude Awakening
By Scott Sticker - The Herald-Zeitung
Miguel Flores was awakened by the sounds of gunshots and police sirens early Tuesday morning.

It was the second time within four months.

Two people were shot in an almost identical scene that happened just houses away from Flores on April 23.

“It’s kind of scary,” Flores said. “It’s happened more than once now in this same exact place. In the four years we lived here, nothing like this happened until now. It’s unexpected.”

The officers saw three cars fleeing the scene. Police were able to catch up to two, but Penshorn said the third car got away.

“There were only two officers in the area,” Penshorn said. “They chased down and stopped those two vehicles. There was a short pursuit with the second vehicle, but (the police) caught up with them.”

The drivers of a white Mazda Protégé and a black Ford Escort were arrested along with three passengers, he said.

The five men arrested said they were headed to fight each other, when 23-year-old Hector Hernandez allegedly leaned out of the Ford Escort, pointed a .380 caliber semi-automatic pistol at another vehicle and fired three shots, Penshorn said.

No one was injured by the shots, he said.

Those shots woke up the residents of Lee Street, the Flores family said.

“The cops came and closed the street off and searched the area,” Flores said. “They said they didn’t really find anything damaged. My dad found three shots right by the truck in the driveway though.”

He has lived in the house with his parents and younger siblings for about four years, he said.

On April 23, two people, a 29-year-old man and a 30-year-old woman, were shot and injured in a drive-by shooting, Penshorn told the Herald-Zeitung at that time.

Both were taken by helicopter to University Hospital in San Antonio and released later that week, Penshorn said.

No arrests were made on that case. The vehicle from which the shots were fired was described as a sporty passenger car that was tan or brown with a T-top.

In Tuesday’s incident, the 27-year-old driver of the Mazda, Laquince Chamberlayne, was arrested on charges of driving while intoxicated and possession of marijuana. Two of his passengers — Jesse Garces, 24, and Aureliano Sumale, 21 — were arrested for outstanding warrants. Sumale also was charged with failure to identify because he reportedly gave officers a false name, Penshorn said.

Ruben Gloria, 22, who was driving the Ford, was arrested on charges of evading arrest and driving while license invalid. Hernandez was arrested and charged with deadly conduct and possession of a stolen firearm. Penshorn said the gun was stolen from San Antonio.

No description of the third car involved in Tuesday’s drive-by shooting and no license plate numbers were recorded, Penshorn said.

Police found no connection between the two shooting incidents, he said.
Posted by Sam at 6:47 AM