Temperatures' up, murders' up 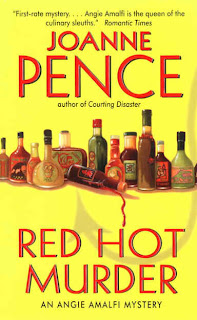 Way to go guys. Especially you Lopez brothers way to help out your friend.

Richard Lopez, 22, and Vincent Lopez, 19, both were charged Friday with murder in the June 28 shooting death of Justin Rodriguez outside an apartment complex in the 6300 block of U.S. 90.

Rodriguez, 21, was having a party at his apartment when a fight broke out between Gilbert Anthony Vargas and another man, authorities said.

Vargas, 20, left the party, but returned with the Lopez brothers. That's when Rodriguez was fatally shot, according to an arrest warrant affidavit.

Vargas was charged with murder on July 3. He's being held in the Bexar County Jail in lieu of posting $100,000 bail. Richard and Vincent Lopez were booked into the jail Thursday night. Bond was set at $250,000 for each.

In an unrelated case, Shann Rowan, 23, was arrested during a routine traffic stop late Thursday. He was being held on a murder charge in the shooting death of Jimmy Wilson, 33, at an apartment complex in the 13000 block of O'Connor Road. Bond was set at $250,000.

Witnesses told police that Rowan shot Wilson, 33, in defense of a friend.

Wilson had threatened Rowan's friend Terrance Harvey with a knife earlier that day, according to witnesses quoted in the affidavit for arrest warrant.

Rowan, Harvey and two other people returned to the complex to settle the dispute with Wilson. Witnesses told police Rowan took a .22-caliber rifle along in case Wilson had a knife.

Harvey told police Wilson pulled out a knife when he was about to fight, so Rowan grabbed his gun and shot Wilson multiple times. Police found a knife in Wilson's right hand at the scene, where he was pronounced dead.