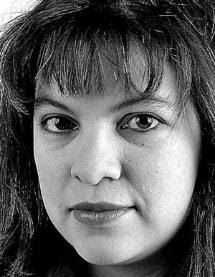 I'll let you decide if you wish to comment.

San Antonio Justice of the Peace Monica Caballero, one of only 60 JPs in Texas with a law license, has temporarily lost it.

The State Bar of Texas suspended Caballero's license until February 2012. The bar punished her for not communicating with two immigration clients in her law practice, not doing proper work in their cases, not telling them she had moved her office and failing to timely respond to the panel's inquiries.

The state bar's disciplinary body, the Office of the Chief Disciplinary Counsel, initially had disbarred Caballero in mid-January until she responded and received a new hearing before a grievance committee. Her attorney struck a deal for the lighter sanction.

Caballero, who won the seat in an election in 2004 and was re-elected in a close race in March 2008, can continue hearing misdemeanor criminal cases and small-claim lawsuits because justices of the peace do not need to be lawyers.

She was among five of the six local JPs with a law license. In Texas, only 7 percent of the 821 justices of peace have a law license.

Caballero called the punishment excessive. She said she had to admit to facts that were not true as part of her deal with the state bar. One of the complaints, she said, involved a man who lost his bid for a green card because he failed to disclose to her a smuggling crime that barred him, under immigration law, from getting a card.

She blamed personal issues and her busy court for her tardiness in responding.

“Things just got a little disorganized in my personal life, but not in my court stuff,” she said. State bar records show one of the complaints involved a couple who hired Caballero in February 2006 to renew their immigration visas. Caballero also had previously filed applications for green cards for them, the records show.

The couple alleged that Caballero did not return phone calls and failed to meet with them so they could get information about their case. A grievance committee found Caballero failed to properly complete the visa applications and to perform legal work in a timely manner, resulting in the visas expiring.

The committee also found Caballero misrepresented the work she performed, failed to timely notify them that their green card applications had been denied and failed to respond to that complaint. She was punished in August 2008 with a six-month suspension and six months of probation.

The second complaint stems from another immigration case from 2000, which Caballero said involved the man who withheld his immigration-smuggling conviction.

The committee's findings said Caballero failed to keep the client informed about his case's progress, moved her office without notifying the client of the new address and failed to respond to the state bar.

As punishment, the committee recommended disbarment. However, her attorney, Steve Price, won her a new hearing and then struck a deal that reduced the punishment to the three-year partially probated suspension through 2012. Price could not be reached for comment.

Caballero also agreed to pay the bar's attorney's fees and to reimburse the clients for both cases, records show.