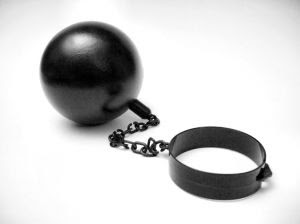 Given the facts as reported and knowing Bill Pennington it seems that this was a fair and just resolution in this matter.

The get-away driver for a botched robbery that left a South Side convenience store patron dead in January 2008 accepted a last-minute plea agreement Tuesday, just as his capital murder trial was to begin.

Larry James Summers, 21, faced a mandatory life sentence had he gone to trial and the jury found him guilty. As part of the plea agreement, Summers instead was convicted of aggravated robbery and accepted a 30-year prison term.

Because a deadly weapon was used, he'll have to serve at least half of the sentence before he can be eligible for parole, prosecutors said.

Police arrested Summers hours after the heist at Pennies Food Mart, where co-defendant Russell Knowles went in with a handgun at closing time while Summers waited nearby in a stolen truck. Knowles was convicted of capital murder in the death of Ramon “Ramond” Solis, 41, and was sentenced to life in prison in February.

Although Texas' law of parties allowed Summers to be charged with the same crime, Tuesday's plea agreement adequately reflected his involvement in the fiasco, said Assistant District Attorney Bill Pennington.

Witnesses said Knowles shot Solis, a regular customer at the store, three times as the victim struggled to wrestle the firearm away from him. Knowles was then stabbed by the husband of the store clerk before fleeing the store. Summers drove Knowles to a nearby emergency room as Solis bled to death inside the store.

“In reality, I think (both defendants) were pointing the finger at each other as to whose idea the robbery was,” Pennington said. “But Russell Knowles is clearly the person who was responsible for the death of Raymond Solis.”

Defense attorney Christopher Weixel described his client as a “good kid,” who was clearly remorseful for what occurred.

Summers looked down at his lap Tuesday afternoon and occasionally nodded as Solis' mother and sister addressed him during victim impact statements.

“What a beautiful life you took,” said Adrienne Solis, adding that she lost her brother all “because of a choice you made to try to get some quick money that night.”

Raymond Solis died doing what came natural to him: trying to help others, his family said outside the courtroom.

“He had a positive outlook on everything,” Adrienne Solis said, describing her brother as the type of person who couldn't drive past a motorist in distress without pulling over to help. “He was a good person with a good, good heart.”