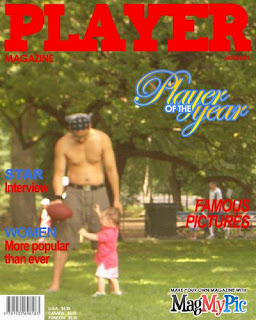 I'm sorry if his service to our country possibly drove him over the edge, he still needs to be brought to justice. He can also receive treatment if that is what the problem is as well.

Go get him Mike!

An Iraq war veteran who reportedly admitted sexually abusing 13 boys, most of them residents of Medina County, faces prosecution by Army and civilian authorities.

Army Pvt. Trevor Reynolds, 24, a Seguin native, was arrested on a civilian warrant in May and is being held under $1 million bond at the Medina County Jail.

He joined the Army in 2007 and was stationed at Fort Hood with the 589th Brigade Support Battalion, said Mike Cohen, first assistant district attorney in Medina County.

The alleged assaults came to light in April when Army superiors found photos, stored on Reynolds' electronic devices, of him engaged in sex with boys, Cohen said.

In a subsequent videotaped statement, Reynolds admitted sexual activity with 13 boys between the ages of 8 and 16 since 2001, Cohen said.

Reynolds' court-appointed attorney, Tony Hackebeil, on Thursday was unaware his client had been indicted Monday in Medina County on four charges of sexual assault of a child.

He said he hasn't seen the evidence, but added, “I quite frankly think it's getting a little ahead of the game to claim the validity of a confession from an individual who may have some mental health issues.”

The Army conducted an Article 32 hearing Wednesday in Reynolds' case at Fort Sam Houston to consider evidence on whether to seek a court martial. Military prosecutors introduced the statement in which the defendant implicated himself, Cohen said.

The civilian investigation is continuing and Cohen expects more charges against Reynolds.