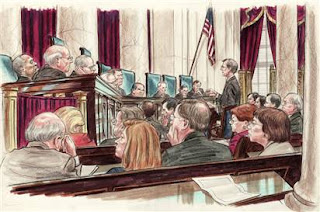 Just that, WTF? Your daughter is brutally raped and you don't want her back? She brought shame on the family?

I hope the authorities do that. Take your daughter away and place her in a loving home.

Sheesh!! and don't none of you start writing me saying I have to be more culturally sensitive to the family and her father.

Authorities said Thursday that four boys ages 9 to 14 took turns raping an 8-year-old girl behind a shed for more than 10 minutes in what Phoenix police are calling one of the most horrific cases they've ever seen.

The outrage over the allegations intensified after police said the girl's parents criticized her after the attack and blamed her for bringing shame on the family.

"The father told the caseworker and an officer in her presence that he didn't want her back. He said, 'Take her, I don't want her,' " police Sgt. Andy Hill said.

The 14-year-old boy was charged Wednesday as an adult with two counts of sexual assault and kidnapping, the Maricopa County Attorney's Office said. He appeared in court Thursday and is being held without bond.

The other boys - ages 9, 10, and 13 - were charged as juveniles with sexual assault. The 10- and 13-year-old boys also were charged with kidnapping, the office said Thursday.

Phoenix investigators said the boys lured the girl to an empty shed July 16 under the pretense of offering her gum. The boys held the girl down while they took turns assaulting her, police said.

"She was brutally sexually assaulted for a period of about 10 to 15 minutes," Hill said.

Officers responding to an emergency call reporting hysterical screams found the girl partially clothed and the boys running from the scene.

"This is a deeply disturbing case that has gripped our community," Maricopa County Attorney Andrew Thomas said Thursday. "Our office will seek justice for the young victim in this heartrending situation."

Hill cited the family's background as the reason the family shunned the girl. All five children are refugees from the West African nation of Liberia.

In some parts of Africa, women often are blamed for being raped for enticing men or simply being in the wrong place at the wrong time. Girls who are raped are often shunned by their families.

"It's a shame-based culture, so the crime is not as important as protecting the family name and the name of the community," said Tony Weedor, a Liberian refugee in Littleton, Colo., and co-founder of the CenterPoint International Foundation, which helps Liberians resettle in the U.S. "I just feel so sorry for this little girl. Some of these people will not care about the trauma she's going through - they're more concerned about the shame she brought on the family."

Ali Keita, a Liberian refugee and president of the Arizona Mandingo Association, works with refugees to ease their integration into U.S. society. Keita said that Liberian families may question why sexual-assault victims were in a situation that left them open for attack but that the initial response likely stems from disappointment and frustration with the family's circumstances.

In recent years, Liberia has made efforts to combat rape under the leadership of President Ellen Johnson Sirleaf, who has sought to dispel the stigma associated with sexual assault by publicly acknowledging that she was herself the victim of attempted rape during the country's civil war.

The girl's healing process will be particularly difficult, said Paul Penzone of Childhelp, which aids young victims of crime. Authorities said the victim was in the care of Child Protective Services.

"These four boys used what was a ploy to entice her to a place where they could take advantage of her almost like a pack of wolves," he said.

"And what's so disturbing beyond the initial crime is the fact that a child needs to have somewhere to feel safe, and you would think that would be in a home with her own family," not in state custody, Penzone said.