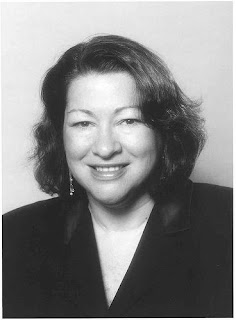 The first Hispanic on the Supreme Court narrative is only true if you discount Benjamin Cardoza who was of Portuguese descent.

Sen. Lindsey Graham (R-SC) was the only Republican to support Sotomayor. The Senate cmte's Dems voted unanimously for the Bronx native.

The full Senate will vote next, but with the Dems' 60-vote majority, Sotomayor's confirmation is all but a done deal. She will be the first individual of Hispanic heritage to sit on the SCOTUS.