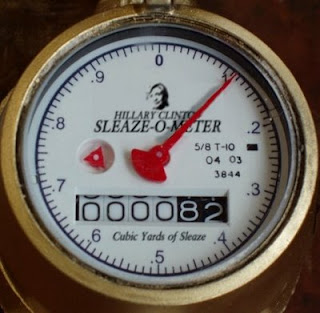 Okay? and the purpose of this is what?

Destroy a plaintiff in a case to justify an overturned appellate judge's rulings?

Have you no shame? Is there no shame?

She is going to be appointed to SCOTUS, so why do this?

WASHINGTON — Supporters of Supreme Court nominee Sonia Sotomayor are quietly targeting the Connecticut firefighter who's at the center of Sotomayor's most controversial ruling.

On the eve of Sotomayor's Senate confirmation hearing, her advocates have been urging journalists to scrutinize what one called the "troubled and litigious work history" of firefighter Frank Ricci.

This is opposition research: a constant shadow on Capitol Hill.

"The whole business of getting Supreme Court nominees through the process has become bloodsport," said Gary Rose, a government and politics professor at Sacred Heart University in Fairfield, Conn.

On Friday, citing in an e-mail "Frank Ricci's troubled and litigious work history," the liberal advocacy group People for the American Way drew reporters' attention to Ricci's past. Other advocates for Sotomayor have discreetly urged journalists to pursue similar story lines.

Specifically, the advocates have zeroed in on an earlier 1995 lawsuit Ricci filed claiming the city of New Haven discriminated against him because he's dyslexic. The advocates cite other Hartford Courant stories from the same era recounting how Ricci was fired by a fire department in Middletown, Conn., allegedly, Ricci said at the time, because of safety concerns he raised.

The Middletown-area fire department was subsequently fined for safety violations, but the Connecticut Department of Labor dismissed Ricci's retaliation complaint.

No People for the American Way officials could be reached Friday to speak on the record about the press campaign.

"To go after so sympathetic a plaintiff as Frank Ricci . . . is a new low in the politics of personal destruction," said Roger Pilon, the director of the libertarian Cato Institute's Center for Constitutional Studies. "If they were smart, they'd keep a low profile."

Ricci, though, has his own advocates, including conservative commentators such as CNN's Lou Dobbs and Fox's Sean Hannity.

Nor is he the only Supreme Court confirmation witness to receive sharp elbows. In 1991, for instance, then-Senate Minority Leader Alan Simpson of Wyoming warned that witness Anita Hill would be "injured and destroyed and belittled and hounded and harassed" if she testified against nominee Clarence Thomas. Hill was preparing to testify that she'd been sexually harassed by Thomas.

Hill's subsequent testimony threw into question Thomas's confirmation, during a hearing he likened to a "high-tech lynching." A closely divided Senate ultimately confirmed him.

The 35-year-old Ricci was the lead plaintiff in the case Ricci v. DeStefano, challenging New Haven's refusal to promote white firefighters after African-American and all but one Hispanic firefighters failed to score high enough on a promotion exam.

Sotomayor and a majority of the 2nd U.S. Circuit Court of Appeals sided with the city's claim that it was justifiably concerned about a potential civil rights suit being filed by the African-American firefighters.

"Sotomayor and her panel colleagues were bound by long-standing precedent and federal law," People for the American Way executive vice president Marge Baker said in a June statement. "They applied the law without regard to their personal views."

Last month, however, the Supreme Court overturned the 2nd Circuit by 5-4.

"Once . . . employers have made clear their selection criteria, they may not then invalidate the test results, thus upsetting an employee's legitimate expectation not to be judged on the basis of race," Justice Anthony Kennedy wrote for the majority.

With his awards for bravery, some 17 years of fire department service and history of overcoming dyslexia, Ricci has become a compelling human character in the Sotomayor confirmation drama. Senate Republicans have summoned him, along with Lt. Ben Vargas of the New Haven Fire Department, as two of their 14 witnesses next week.

Though even Republicans concede Sotomayor appears poised to win confirmation, the hearing — and Ricci's part in them — could be exploited politically. The case is symbolic of race-based preferences, which conservatives have long rejected.

"Affirmative action remains a potentially useful issue for the GOP," Rose noted, and "this case has the potential of perhaps mobilizing the Republican party again."

Republican Sen. Lindsey Graham of South Carolina added that many Americans can identify with Ricci, making him an especially attractive witness for the GOP and potentially dangerous for Democrats.

"He took on a second job and worked hard, but was denied due to the same legal concepts" that were designed to protect people's rights, Graham said.