Bye bye till later, much later 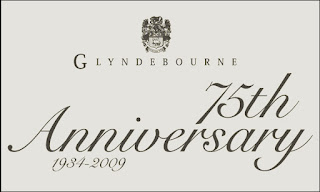 A 24-year-old man convicted of murder was handed a 75-year prison sentence Monday in the 2007 ambush slaying of William Anthony Swisher.

Ruben Daniel Morin's family gasped loudly as state District Judge Philip Kazen announced the lengthy term at the conclusion of a brief punishment hearing. Morin will have to serve at least 30 years before he is eligible for parole. He also was ordered to pay a $10,000 fine.

Witness John Villarreal testified that Swisher, 22, had been napping there after a night of partying when the defendant burst through the door, unsuccessfully demanding drugs and money before repeatedly firing a pistol.

“I'm not the person I used to be,” the victim's mother, Diane Swisher, said through tears after struggling to gain her composure on the witness stand Monday afternoon. “Part of me is gone. Every day I cry.”

Defense attorney Ed Camara had argued before jurors last month that his client had been framed by Villarreal and another witness. He declined to call witnesses Monday, instead submitting letters in which Morin's family and friends asked for mercy.

The conviction, Camara said, was the low point of Morin's years of drug addiction. Morin has been involved with the court system since a marijuana charge at 16, and since then his addictions have grown to include cocaine, heroin and other substances, Camara said.

“Fortunately, having been in jail for the past two years has helped him clean up,” he said, joining family members in asking for mercy. “Whatever his prison sentence is, when he gets out of prison, he's going to be a productive citizen.”

But prosecutors Jason Bunn and Alejandro Ballesteros said Morin had squandered numerous chances from the criminal justice system to clean himself up.

“This is how he repays those courts,” Bunn said as he asked for a maximum sentence. “To say this case involves a senseless killing would be an understatement.”