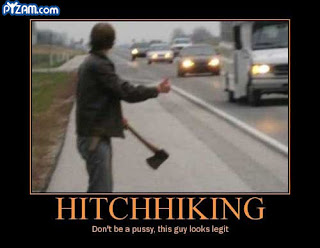 SAGINAW, Mich. (AP) - Authorities say a parolee who robbed a Michigan bank was caught when he tried to hitch a ride from an undercover police detective.

Mark E. White was arraigned Friday on charges that include bank robbery and making a false bomb threat. He is being held at the Saginaw County Jail on $755,000 bond. It was not clear whether White had an attorney. Police did not immediately return a message seeking comment Saturday.

Authorities tell The Saginaw News that White flagged down Saginaw Township Detective Scott Jackson on Wednesday after the bank robbery a few blocks away.

White was paroled June 16 after serving time for operating a vehicle while intoxicated and violating an earlier parole.