Beware of the dog 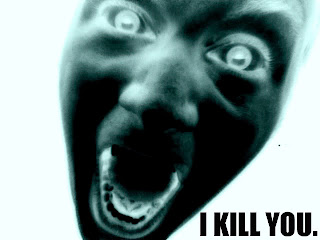 Now its a cyber-war and don't you even say anything bad because they'll probably nuke you.

Its like having a tantrum throwing 3-year old kid with nuclear weapons living next door to you.

My concern is if Little Kim is very sick and dying he may decide to go out with a bang rather than a whimper.

SEOUL (Reuters) - A fresh wave of cyber attacks that slowed U.S. and South Korean websites this week hit more targets on Thursday, a Web security firm said, while the South's spy agency has said the hacking may be linked to North Korea.

The impact of the attacks, aimed so far at dozens of sites including the White House and the South's presidential office, was seen as negligible, experts said, but served as a reminder that Pyongyang has been planning for cyber warfare.

"The anticipated attack did take place, but considerable counter-measures were taken and it did act as a defense to some degree," an official at the online security firm Ahnlab said.

The Internet sites of some South Korean banks also experienced a surge in access requests but a bank official said programs were run to disperse traffic and bring service back up within an hour.

If the North was responsible, it would mark an escalation in tension already high from Pyongyang's nuclear test in May, a barrage of ballistic missiles in July and repeated taunts of long-time foes Seoul and Washington in its official media.

But some analysts raised doubts about the North's involvement, saying it may be the work of industrial spies or pranksters.

One online expert was quoted as telling a South Korean daily that tracking of the spread of the malicious software by showed it had originated from an IP address based in United States.

The attacks will likely be regarded by the North's leadership as a victory for Kim Jong-il -- even if Pyongayng was not behind them -- because they hurt the country's traditional foes, adding a new dimension to the threat level posed by the reclusive state.

The attacks saturated target websites with access requests generated by malicious software planted on personal computers. This has overwhelmed some targeted sites and slowed server response to legitimate traffic.

The attacks did not lead to a breach of sensitive government material or damage online infrastructure in South Korea, the world's most wired country, government officials said.

But the National Intelligence Service said in a statement it was stepping up alert to monitor potential attack against the network of energy and communications facilities.

South Korean media quoted parliament members as saying after an intelligence briefing on Wednesday that the spy agency believed "North Korea or pro-North elements" were behind the attacks.

The defense ministry is allocating 26 billion won ($20.33 million) to beef up security for its computer system, according to a budget request it released on Thursday.

An expert on North Korea at the Heritage Foundation, Bruce Klingner, said the North had in operation a military unit with up to 1,000 skilled computer hackers created 10 years ago.

"Pyongyang has an extensive and capable cyber terrorism effort to provide asymmetric attack capabilities," he said.

Internet access is denied to almost everyone in hermit North Korea, but intelligence sources said Pyongyang had placed a high priority on developing cyber attack skills.

Last month, the North warned of "high-tech war" against the South for spreading what it said was false information about its involvement in cyber attacks.