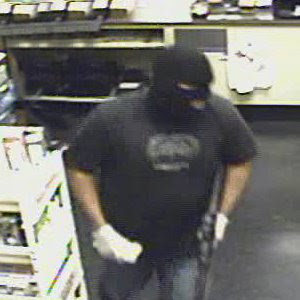 Not a good idea to testify.

Testifying with a record like he has, particularly since he was on probation for a theft offense when he committed the offense he is on trial for.

No offense meant but how many special education classes does one have to take and how many arrests before you learn or realize you're not supposed to rob a store with a handgun?

Forget any chance of getting probation on this case.

A Comal County man who pleaded guilty this week to aggravated robbery took the stand Tuesday in the first day of testimony to decide his sentencing.

Brandon Angel Mendoza, 20, faces five to 99 years in prison for robbing at gunpoint Selistina Garcia, the cashier of a P & D convenience store, on June 8, 2008.

Mendoza fled the onvenience store at San Antonio Street and Spur Street on foot. New Braunfels police arrested him, and he has remained in Comal County Jail in lieu of a $100,000 bond.

A Comal County jury of eight women and five men is tasked with deciding the appropriate punishment in the 274th District Court of Judge Gary Steel.

Pedro Villarreal, a retired detective from the New Braunfels Police Department, took the stand Tuesday. He said Mendoza put several lives in danger during his robbery.

“What we do know is that he held a weapon, pointed a gun at Selistina Garcia, from a cash register at a convenience store, correct?” Comal County Assistant District Attorney Steve De Lemos asked Villarreal.

“The defendant, Mr. Mendoza, took it upon himself to go into a store during daylight hours where there were people around and point a gun at an innocent cashier to get cash,” De Lemos said.

Mendoza’s criminal record was also brought up Tuesday. He was arrested in June 2007 for theft of property and in July 2007 for burglary of a vehicle. In April 2008, he was also arrested on drug charges, Villarreal said.

Mendoza was on probation for the theft of property charge when he committed the aggravated robbery.

While on the stand, Defense Attorney Joseph Garcia III asked him about his education background.

“They put me in every special (education) class they could,” Mendoza said.

He is set to retake the stand when the trial continues today at 9 a.m.
Posted by Sam at 6:18 AM