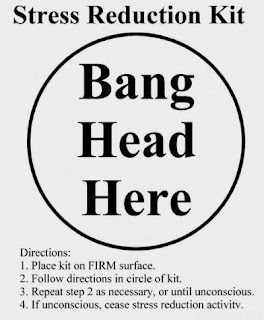 He needed a stimulus bailout.

A Detroit man who began robbing banks to fix his mother’s plumbing has been sentenced to just two years in prison, a significant break.

The 29-year-old Fortune pleaded guilty in March to stealing nearly $14,000 from five banks in suburban Detroit. Prosecutors agreed not to charge him with three more.

Fortune’s sentencing range was approximately five years to six years in prison. But the guidelines are not mandatory, and the judge settled on two years today.

Fortune says he robbed the first bank to fix his mother’s plumbing and get his driver’s license reinstated. He says he continued robbing banks because he was “stressed.”
Posted by Sam at 7:04 AM