OMG! Is this covered in the stimulus bill? 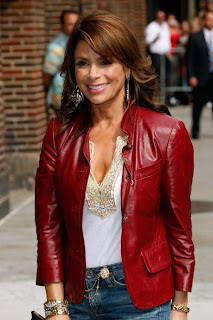 What else will she do?

Girl, the money is worth it, whatever they pay you.

Don't join the ranks of the unemployed!!

Paula Abdul may not return to “American Idol” for a ninth season, her manager claimed in a new interview with the Los Angeles Times.

“She’s not a happy camper as a result of what’s going on. She’s hurt. She’s angry,” David Sonenberg, the “Idol” judge’s manager, told the newspaper on Friday.

David, who said that he became Paula’s manager just weeks ago, at the end of June, added that he has yet to receive a proposal for a new contract for Paula.

“I find it under these circumstances particularly unusual; I think unnecessarily hurtful,” he said. “I find it kind of unconscionable and certainly rude and disrespectful that they haven’t stepped up and said what they want to do.”

The result of the stalled negotiations, David said, is that Paula is unlikely to be back on the show she’s judged for eight previous seasons.

“Very sadly, it does not appear that she’s going to be back on ‘Idol,’” he said.

Paula herself took her Twitter page to address the situation on Saturday, though she didn’t elaborate on the details.

”I’m actually moved 2 tears upon reading the enormous amount of tweets showing me your kindness, love, & undying support. God bless all of you!,” she Tweeted. “If it weren’t for you, this specific time and situation would feel a whole lot worse!”

Her manager’s remarks come on the heels of the news of show host Ryan Seacrest’s new contract, a reported $45 million, three-year deal that makes him the highest-paid reality host on television.

Judge Simon Cowell is also in negotiations to renew his contract, while third judge Randy Jackson is attached to the show through 2011.

Auditions for Season 9 are underway, with the show set to return in January.