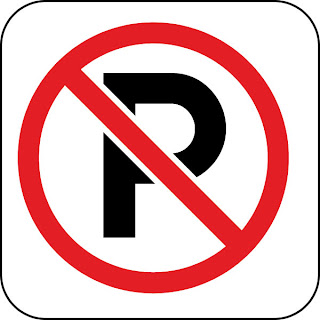 Wow, it all seems a bit draconian doesn't it?

Impoundment of your vehicle and a $500 fine after the fourth occurrence? What about folks who want to park and walk up and down the streets to all the antique shops and then decide they'd like to have lunch?

Talk about a way to kill tourism and shopping in one fell swoop.

Parking ordinance goes to council
By Theron Brittain - The Herald-Zeitung

A parking ordinance two years in the making will come before City Council Monday night.

The ordinance, if adopted, establishes a two-hour time limit on downtown parking from 8 a.m. to 5 p.m. Monday through Friday.

Residents can voice their opinions during a public hearing accompanying the first reading of the ordinance Monday. A well-attended public input meeting June 30 suggested many in the community were divided on the idea.

The ordinance establishes a “downtown parking zone” encompassing Main Plaza, Seguin Avenue from the Plaza to Coll Street, San Antonio Street from Market Avenue to Academy Avenue, and Castell Avenue from Mill Street to Coll Street. Parking spaces on these streets would be subject to the two-hour limit.

The fourth and all subsequent offenses would be punishable by impoundment of the vehicle and a $500 fine. Counting of offenses starts each year beginning Jan. 1.

Nancy Bower, chair of a special parking committee formed by the Downtown Parking Association, said concerns about employee parking had largely been addressed by the creation of six pubic parking lots downtown.

“We did look at employee parking, and we think most of our businesses do have some parking for their employees,” Bower said previously. “That is one of the reasons we were concerned about getting these public parking lots, so that if there is a business that feels like they do not have enough space the lots are fairly closely located so they do not have to walk too far.”

Bower was optimistic about the presentation of the ordinance to council.

“I think there is a good chance it will be well received by the council,” Bower said. “I think they are aware of the need, we have tried to keep them updated, and we have gotten some positive feedback from them.”

The ordinance must pass two readings before its goes into effect.

Also on Monday’s agenda is a presentation and discussion on the Fischer Park master plan.
Posted by Sam at 6:28 AM