Too stupid by half 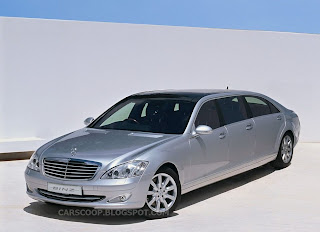 I guess politicians whose sense of entitlement is outlandishly large is not just an American phenomenon.

I mean really? They don't rent cars in Spain? You can't use an embassy vehicle?

To top it off you fly, and your driver drives an empty car to Spain?

Maybe they were looking for new invasion routes?

German politicians get into hot water on holiday
thelocal.de

One is in hot water after her car was stolen in Spain, another found himself in alligator-infested waters in Florida: the holiday season has been anything but relaxing for two German politicians.

Health Minister Ulla Schmidt was under fire on Sunday after it emerged that thieves had made off with her €90,000 official Mercedes S-class during her holiday on the Costa Blanca in eastern Spain.

The minister flew to Alicante at her own expense but her driver drove the 2,387 kilometres (1,483 miles) from Berlin to assist her in carrying out some official duties, prompting outrage from the press and rival politicians.

The head of campaign group "The Taxpayers' Union", Reiner Holznagel, told mass circulation newspaper Bild am Sonntag, "We want an explanation as to why her official car had to be taken some 5,000 kilometres across Europe. Taxpayers' money should not be used for the comfort of a minister."

Schmidt's spokeswoman said she intended to use the car only for official functions such as a meeting on Monday with Germans living in Spain, but the head of the parliamentary budget committee said she would have to explain why she did not use an embassy vehicle.

The press was kinder to the former Bavarian state premier, Günther Beckstein, who said he "came within a whisker of being eaten by an alligator."

The 65-year-old was on a trip through the Florida everglades to observe alligators when their boat suddenly capsized. "Thank God no alligator attacked us," he told the Augsburger Allgemeine Zeitung.
Posted by Sam at 7:20 AM