Much work to do 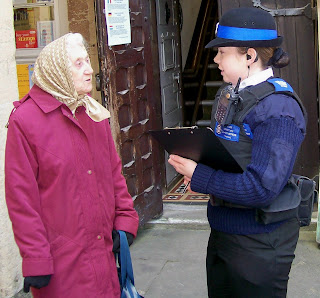 A busy 4th of July for law enforcement.

We have requested a grant to hire a prosecutor dedicated solely to handling sexual and domestic violence matters and cases. I hope its granted and funded.

The following incidents were reported by New Braunfels Police Department between Thursday and Monday:

— A 25-year-old New Braunfels woman told police Sunday she was sexually assaulted by three men she met on the Comal River Saturday night.

The woman told police the group went back to one of the men’s houses, Penshorn said.

When she woke up about 8:30 a.m., she contacted NBPD and said she had been sexually assaulted, Penshorn said.

No arrests have been made, Penshorn said. The case is still actively being investigated. Police took several condom wrappers and a bedspread into evidence, Penshorn said.

— A pregnant woman was taken to the hospital at midnight Sunday after Penshorn said her boyfriend beat her.

Hospital employees called the police department when a 19-year-old pregnant woman was brought to the hospital, Penshorn said. She told hospital officials and police her 18-year-old boyfriend had hit and kicked her, he said.

Penshorn said police made no arrests and did not contact the 18-year-old man. The woman and her unborn baby were both in stable condition, police said.

— A cell phone was stolen from an unlocked car parked on Brittany Grace Street Monday morning. According to reports, a Nextel Motorola was taken from a brown and silver Ford F-150 parked at 2271 Brittany Grace St. between 9 p.m. Sunday and 8 a.m. Monday.

— A New Braunfels man was arrested at Schlitterbahn after cursing loudly and resisting arrest.

When a Schlitterbahn security officer approached Munoz about 2:15 p.m., the man allegedly began to curse louder and became violent.

— A 12-year-old boy allegedly used a box cutter to threaten his mom and his mom’s boyfriend Monday night.

The boy is accused of trying to cut his mom and her boyfriend at their home in the 1600 block of Texas 46, according to police reports. The boy was taken to Guadalupe County Juvenile Center for two counts of aggravated assault with a deadly weapon and family violence, Penshorn said.

The police report said a notebook with “gang symbols drawn by the arrested,” was taken into evidence.

Between midnight and about 2 a.m., someone took a checkbook, radar detector, book of CDs, bag of clothes, purse and an iPod from a Mercury Cougar parked at 1193 Loop 337, police said.
Posted by Sam at 7:04 AM