Honey did you feed the cat? 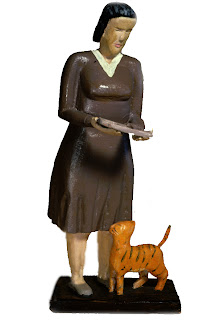 No more feeding the cats.

Katherine Varjian, 65, had been feeding feral cats, or felines that are not under her ownership, in her Beverly Hills neighborhood for the past 12 years. The Beverly Hills Municipal Court will now decide whether or not her actions are within the confines of the law.

Varjian was feeding between 20 and 30 cats daily in the alley behind the 100-200 blocks of Palm, Maple and Oakhurst Drives. She was issued citations twice for this behavior – first in January of this year, then again in February. The violation is considered a misdemeanor by the City and will be heard by Beverly Hills criminal court. The charge carries with it a possible six months of jail time and a $1,000 fine.

In an effort to streamline practices when handling animal control, the City retained the City of Los Angeles’ Animal Services Department for certain animal care and control services, consequently adopting their ordinances.

“As part of the adoption of the Los Angeles animal control regulations, provisions of the Beverly Hills Municipal Code that were designed to prevent the feeding of animals, including stray and feral cats, in such a manner that attracts coyotes and other predatory animals or otherwise endangers the health, safety and welfare of the general public, were inadvertently deleted,” said Cheryl Burnett, City spokesperson.

The code explicitly prohibits the feeding of feral cats and dogs on any public property, any property that is open to the public or any private property is not completely enclosed by a secured wall.

It is under this omitted code that Varjian has been charged.

Although Varjian has taken what is argued as excellent care of these cats – routinely spaying, neutering and adopting out kittens through various local organizations – her actions have also created a nuisance in the neighborhood, said local residents.

“(Varjian’s feeding of the feral cats) is a big problem that is not being looked at realistically,” said resident Darian Bojeaux. “The food brings coyotes to the neighborhood. Neighbors have had to clean up excess food. It brings roaches and I am afraid for my own pets.”

Bojeaux and several other neighbors organized a petition against Varjian, asking her to stop feeding the alleged feral cats; 30-40 signatures were secured.

“Varjian has spayed and neutered at her own expense countless feral cats and has probably done more in the City to control the homeless cat population,” said Ben Lehrer, president of Kitten Rescue (www.kittenrescue.org), an organization that rescues stray, abandoned or sheltered cats and kittens that are slated for euthanasia from the surrounding area.

According to Lehrer, Varjian has adopted out over 120 cats and kittens, a vast majority from her neighborhood, he says.

The court will now decide whether or not to proceed with charges against Varjian in a hearing slated for Aug. 7 at 1:30 p.m. Counsel for Varjian has requested dismissal of the case (two counts were dismissed at Wednesday’s preliminary hearing) based on the grounds that Varjian has been charged against a non-existent code.

The City Council will be addressing an urgency ordinance either correcting the omission or clarifying its non-presence at the July 7 meeting.
Posted by Sam at 1:26 AM