The electric knuckle sandwich is invented 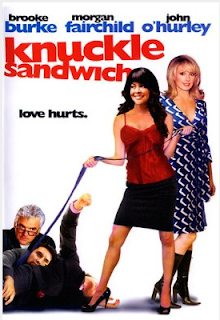 You want knuckles with your sammich?


Clerk gives robber a knuckle sandwich and a zap

HOUSTON (AP) - A robbery attempt in Houston turned into a knuckle sandwich for the suspect. Sandwich store clerk Yava Matthews punched the man in the mouth as he tried to get away with some money. Matthews said the man Monday night lunged over the counter and grabbed her cash drawer. Matthews said her "initial response was to hit him. So I hit him."

Matthews said the two were then "tussling, tussling and tussling," so she asked customers and others witnessing the struggle if anyone had something to restrain the man.

KHOU-TV reported somebody offered handcuffs. Another person produced a Taser, as the fight moved outside.

Matthews used both on the man before police arrived and took custody of the suspect.