If I only had a brain 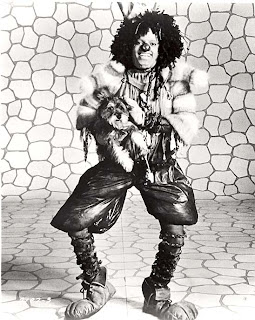 How can I say anything about this?


Michael Jackson to be buried without his brain

Michael Jackson will be buried this week– without his brain. As his family tries to finalise details for the King of Pop’s funeral on Tuesday they have been told it will be held back for tests.

They faced the grim choice of waiting up to three weeks for Jackson’s brain to be returned to them or go ahead and bury him without it – which they have decided to do.

Los Angeles Coroner’s spokesman Craig Harvey confirmed that neuropathology tests will be carried out to see if it holds any clues to the exact cause of his death.

But the examination cannot begin until at least two weeks after the death when the brain has hardened sufficiently to slice it open.

Jackson died from a cardiac arrest at his Beverly Hills mansion on June 25 after a suspected overdose of painkillers.

Sources at the coroner’s office revealed that his brain was removed before his body was released to relatives the next day.

A forensic neuropathologist will test Jackson’s brain for, among other things, past drug use and whether he has suffered overdoses in the past.

The brain can also show any past abuse of alcohol or if the deceased had suffered from any one of a number of diseases. The source said that removing the brain is the “only way to carry out the tests”.

“The tissue has to be examined,” he said. “I can’t tell you how long that is going to take.”

One expert explained that the Jackson family could decide to wait and bury the brain with the rest of the body. But it is far more common for the lab to burn the remains once they’ve been examined or for them to be placed into the grave at a later date.

“It’s up to the family. They can bury him and then bury the brain later on,” said Dr Cyril Wecht, a former coroner and one of America’s foremost forensic pathologists.

But he added: “It’s rare for the body to be held back for two weeks or more.”

Jackson’s body was handed over to his family soon after the three-hour autopsy was completed and the Jacksons went on to order a second forensic examination.

But Dr Wecht said: “The brain cannot be properly examined at the time of the autopsy. You cannot test it while it is in the body. So it is cut off at the spinal cord and removed.”

The brain would usually be placed in a plastic bucket, suspended in formaldehyde fluid, and put in a refridgerator at 4C to preserve it.

Dr Wecht went on: “People don’t realise how soft the brain is. To do the type of detailed examination required you need to have the brain much harder – and for that you have to wait for at least 10 days to two weeks.”

Dr Wecht, who was not involved in the Jackson autopsies, has reviewed and been consulted on many high-profile deaths, including John F. Kennedy, Elvis Presley and Anna Nicole Smith.

“In Los Angeles they have a neuropathologist they work with, and he will be looking at the brain,” he said.

It is cut into sections of less than half-an-inch thick and reviewed first by the naked eye and then through a microscopic. “That all takes 17 to 18 days,” Dr Wecht added in an exclusive interview.

Dr Wecht, who chronicles his career dissecting more than 16,000 bodies in his best- selling memoir A Question Of Murder, added: “In the 47 years I have been doing this I reckon only about one per cent of families say they want the brain back so they can bury it. In most cases it is incinerated.”

The autopsy is expected to show that the 50-year-old singer had drugs in his system when he died.

At various times, he is said to have been taking Demerol and Oxycontin for pain from old back and leg injuries and Diprivan, a hospital anaesthetic, to help him sleep.

- MICHAEL Jackson starred as the Scarecrow in The Wiz, the 1978 musical version of The Wizard of Oz – playing the character without a brain opposite Diana Ross as Dorothy
Posted by Sam at 4:53 AM