Maybe baby is the other white meat? 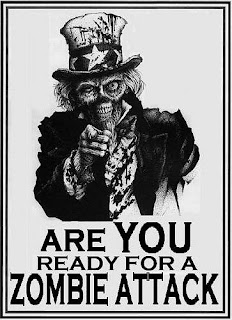 WTF? Stay in groups and protect yourselves.

A young father was sentenced to five years in prison this week for an incident two years ago in which he admitted to biting his infant daughter repeatedly on the back.

Anthony Miranda, 20, told police in May 2007 that he bit the 5-week-old after a fight with her mother. Investigators took pictures of the bloody indentations on the infant's back.

Doctors also determined that the child had multiple broken bones, a fractured skull and bleeding of the brain — the result, perhaps, of being shaken or slammed, according to court documents. Miranda declined responsibility for the other injuries.

“I am not a bad person and I don't have a bad temper,” Miranda wrote in a statement to police. In another part of the statement, which was subsequently crossed out, Miranda wrote: “The only thing I did to the baby was I bit her, but not hard enough to make the marks on (her) back.”

Injury to a child is a third-degree felony punishable by up to 10 years in prison.