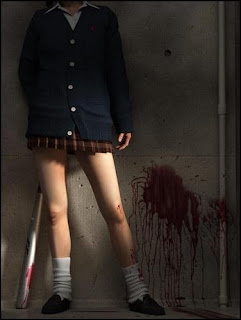 Bringing out the bloody bat?

The defendant is toast.

Of the two young men who confessed to fatally beating a West Side storeowner with a baseball bat, Christopher Rosales always appeared to be the ringleader, a detective testified Thursday.

“He was much more articulate, confident and seemed to be in control,” Detective Tim Angell said as he took the witness stand for the second consecutive day in Rosales' murder trial.

Rosales, 22, faces up to life in prison if found guilty of murdering John Florez, the 66-year-old owner of Videos Mexicanos, where Rosales sometimes worked and lived.

Police found Florez's partially nude and badly beaten body inside his Ruiz Street store on June 22, 2007. Co-defendant Matthew Gravlin, who is still awaiting trial for his part in the slaying, was standing outside the store during the grisly discovery. During an interview with police a short time later, the 20-year-old immediately implicated himself and Rosales.

But Angell testified Thursday that Gravlin, who had also lived and worked at the store, appeared to be easily led. Although Gravlin knew details of the murder that made it apparent he was present, Angell said he was concerned about the co-defendant's mental health.

Rosales initially told investigators he began beating Florez with a bat because the older man had been making sexual advances toward him. He later changed his story — stating that Gravlin did the swinging and that the beating had nothing to do with the victim's sexuality.

Defense attorneys Suzanne Kramer and Brian Smith haven't had a chance to call witnesses on their client's behalf. But the attorneys appeared to suggest during cross-examination that Rosales' first assertion — that he was the victim of sexual harassment — was the truth.

Prosecutors Miguel Najera and Ashley Botard also called to the witness stand a DNA expert and two women who said Rosales confessed the crime to them as well. The chances that blood found on Rosales' shorts belonged to anyone other than Florez are one in 304 trillion, said Robert Sailors, a forensic scientist with the Bexar County Criminal Investigation Laboratory.

Prosecutors also slipped on rubber gloves as they unveiled for jurors the wooden Louisville Slugger bat found at the scene of Florez's death — the victim's blood still smeared across its barrel.

Jurors in the 379th District Courtroom are expected to begin deliberating the case Friday afternoon.