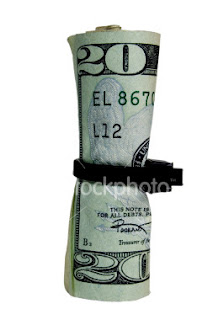 We've been pretty diligent in keeping our expenses down and have turned in a federal grant to fund a prosecutor for sexual/domestic violence crimes.

I hope we get that and the present budget requests approved.

I will also say this, we have an extremely responsible Commissioner's Court and County Judge who are realistic and do not spend tax revnues unwisely.

Comal County Commissioners face some tough decisions for 2010 after wrapping up their annual budget hearings this week.

Despite “bare bones” budget requests from every department, the county will have to find new revenue sources to replace losses resulting from a 2005 senior citizen property tax freeze, County Judge Danny Scheel said.

“We are going to be facing a very large reduction in revenue this year,” he said.

Property taxes are frozen for Comal County residents upon turning 65. A second tax reduction approved in the 2009 general election further reduces the taxes the county can collect from seniors, he said.

Officials said they had not arrived at specific figures regarding how much tax revenue would be lost by these reductions.

County Auditor David Renken said the court projected the sales tax revenue to be less than previous years, an indication how the economic crisis affects tourism.

“However, based on preliminary appraised property values, it looks like the total appraised values in the county are going to go up because of new construction and some significant industrial projects coming online,” Renken said. “That is going to help balance some of these reductions.”

Renken joined Scheel in praising department heads for submitting low expenditure requests, saying the total budget for 2010 probably would not increase from the $51 million allocated for 2009.

Scheel said he was “amazed” at the level of cooperation he got from all of the departments.

“Normally I work for a week or so before we go into budget hearings trying to make a bunch of cuts and asking department heads to make cuts,” Scheel said. “This was not the case this year. The auditor and I wrote a letter to all of the department heads asking them to come in with a bare bones budget, and they did exactly what we asked.”

“These are trying times in our economy right now, and we all have to tighten our belts a little bit,” he said.

Scheel will work with Renken in the coming months on the budget before presenting a final version to commissioners for a vote in August.
Posted by Sam at 6:45 AM