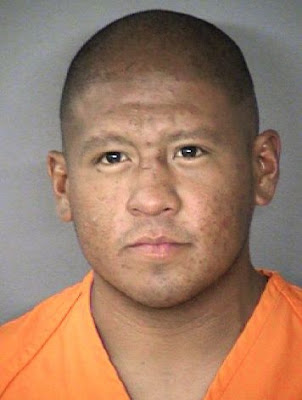 Why do this?  You only had a misdemeanor and a possession of a controlled substance.

Robert Rodriguez, 29, was found unconscious and bleeding by a guard in the administrative segregation unit around noon, Deputy Chief Ronald Bennett of the Bexar County Sheriff's Office said.

“It appears there were self-inflicted wounds from a plastic spoon he had made sharp and used to stab himself,” Bennett said.