A Clarion Call to defend? 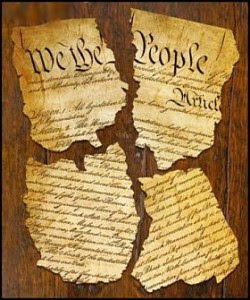 Of course he should know better; he taught Constitutional Law.

The danger of this is where will it end?  Also of course, the potential for even more abuse down the road by other Presidents.


Curl:  Obama: A domestic enemy of the U.S. Constitution
By Joseph Curl - The Washington Times

ANALYSIS/OPINION:
“Before he enter on the execution of his office, he shall take the following oath or affirmation — I do solemnly swear (or affirm) that I will faithfully execute the Office of President of the United States, and will to the best of my ability, preserve, protect and defend the Constitution of the United States.*

“* Unless, you know, 224 years from now, whoever happens to president simply decides he really doesn’t want to do that.”
- Article II, Section 1, Clause 8 of Barack Obama’s U.S. Constitution

The Founders set the course in a simple, concise, 35-word affirmation — the president’s top job is to “preserve, protect and defend” the Constitution. The chief executive does, of course, have other responsibilities, but his guardianship of the document they had just written was deemed by the Founders to be of such great import that they made him swear it — aloud, in front of witnesses.

In 1884, Congress, having no set oath of office, wrote its own: “I do solemnly swear (or affirm) that I will support and defend the Constitution of the United States against all enemies, foreign and domestic; that I will bear true faith and allegiance to the same …”

Little did they know then that 128 years later, America would face just that: a domestic threat to the U.S. Constitution.

From the very beginning, the president and his administration made clear they had no intention of enforcing laws they didn’t like. Mr. Obama and his minions decided that they would simply stop enforcing the Defense of Marriage Act, no longer prosecute growers of “medical” marijuana, and let some states walk away from provisions in the No Child Left Behind law (which, by the way, was co-authored by Sen. Edward M. Kennedy, Massachusetts Democrat, and passed the Senate by a 91-8 vote).