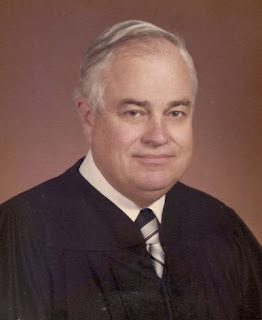 He had quite the distinguished legal career.

He died Monday of several ailments at the age of 84.

“My dad had been a pretty high-profile political figure when he was district attorney and was a popular district attorney because he was elected twice. I guess he was a pretty formidable politician that people didn't want to run against,” said his son, Richard Butler.