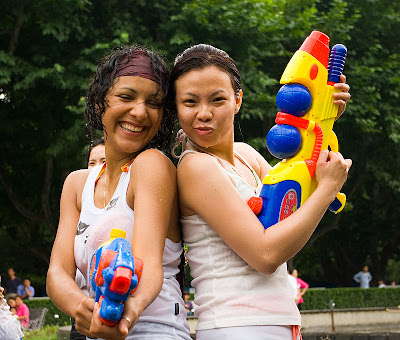 Watch out for these guys!!

JUNE 22--Four Pennsylvanians who fired water guns loaded with chlorinated water on a teen and her younger brother from a moving car now face misdemeanor disorderly conduct and harassment charges.

According to a probable cause affidavit filed in a Lawrence County district court, the teen victim and her brother were standing in front of their home Wednesday when a silver Chevrolet Aveo with four people in it "drove past and fired an unknown, noxious-smelling liquid at her from inside the vehicle."

One victim--Gloria Sloan-Mallory--told police she "heard them laughing after they struck her and her younger brother.