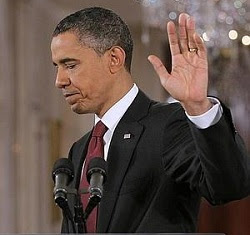 
Amber Lee Ettinger, widely known as “Obama Girl” during the 2008 presidential campaign, told The Daily Caller she is “not as excited as I was the last time, that’s for sure.”

The model-actress became a nationally known celebrity after starring in the viral YouTube video “Crush on Obama.”

“Barack Obama was definitely the first ‘Internet President,’” she said, describing her experiences during the last cycle as “quite a roller coaster ride.”