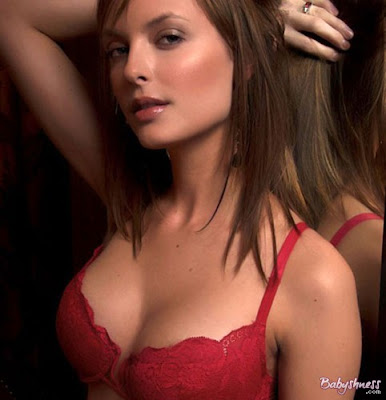 Look further up please; those aren't her brains.


(Reuters) - Shera Bechard, the Canadian-born former girlfriend of Playboy Enterprises founder Hugh Hefner, would not be an obvious candidate for the special visas that the U.S. government reserves for "individuals with extraordinary ability."

Playboy magazine named Bechard Miss November in 2010, and she also started an online photo-sharing craze called "Frisky Friday." Neither seems quite on the level of an "internationally recognized award, such as a Nobel Prize," which the government cites as a possible qualification.