All sales final! No returns!! 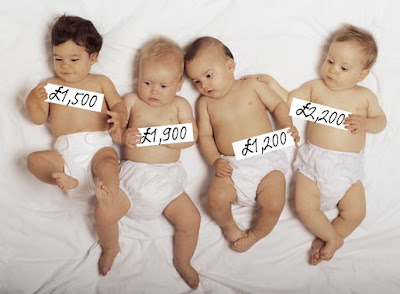 I better take down my advertisement then.


Dallas baby put up for sale for $4,000
By Robert Kolarik

A woman who’s alleged to have offered her baby for sale in an online classified advertisement is being questioned by Dallas police, WFAA-TV reports.

A woman from out of state called authorities last week to tell them about the baby being advertised for $4,000, the station says. She had come to Dallas with the intent to buy the baby, named “Eden,” but got cold feet.

On Friday, the baby was found at a Dallas apartment complex, WFAA says. Apartment management had entered the unit to collect the rent and found the baby but nobody else. The mother returned a short time later.

The rest of the story: (Links to original article)
Posted by Sam at 7:27 AM