Enjoy the next 40 years of your life Bub 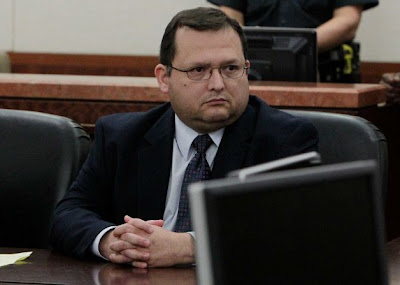 No he didn't apparently know exactly what to say, did he?

B.)  Texas doesn't have a "stand your ground" law

When Raul Rodriguez took his video recorder, cellphone and gun to break up a neighbor's loud party, he knew exactly what he needed to say to get away with murder.

“I am in fear for my life,” Rodriguez told police on the phone as Kelly Danaher and his friends tried to figure out why a neighbor they seldom talked to was luring them out to the street in their rural northeast Harris County neighborhood in 2010.

Danaher's mother sobbed on the witness stand Wednesday as she threw those words back at Rodriguez after he was sentenced to 40 years in prison for fatally shooting her 36-year-old son.