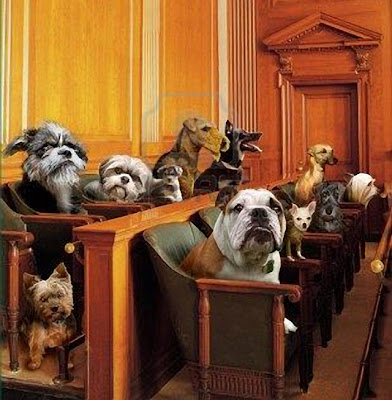 Let's tie her to the back of a pick-up truck, no?

Because it would constitute "cruel and unusual punishment" under the 8th Amendment to the U.S. Constitution, but its more consideration than she gave to the poor dog.

This should be her jury.

A woman is free after posting $2,000 bail in a case of animal torture in which a dog was dragged to its death, KSAT-TV is reporting.

Herlinda Trigo, 44, was arrested Wednesday afternoon near General McMullen Drive and Ceralvo Street, the station says, on a charge of cruelty to non-livestock/torture.

A man had called 911 to report that he was following a pickup that had a dog tied to its bumper south on Southwest 34th Street, the station says.

The caller said he’d flagged down the truck to point out what was going on but that the woman driver had sworn at him and sped off, KSAT says. The caller said he heard the dog’s neck snap and saw it die, then watched as the driver showed it to a friend who laughed.

The rest of the story: (Links to original article)
Posted by Sam at 7:50 AM