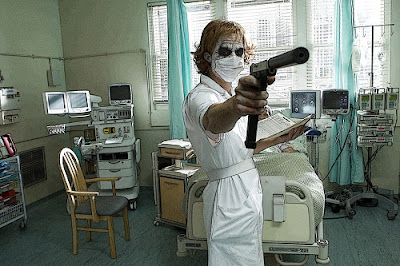 I guess he sure violated his Hippocratic Oath, huh?

A trauma surgeon at Erie County Medical Center suspected of luring his ex-girlfriend into a hospital stairwell before fatally shooting her multiple times at point-blank range remained at large late Wednesday.

A SWAT team had surrounded Dr. Timothy V. Jorden Jr.'s half-million-dollar Lake View home for nine hours before police completed their search and determined he was not there.

"He is not in the house," a police source said. "He is somewhere, and hopefully, we'll catch him."