Trying to square the circle 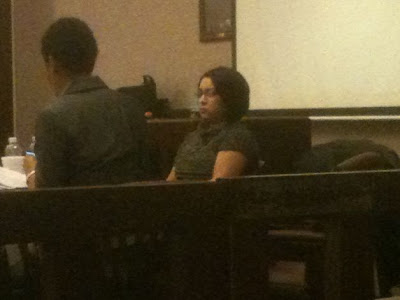 How to reconcile the testimony of family members that she was a good mother to the fact she was convicted of beating her daughter to death?

You sentence her to 50 years in prison.

Andrisela Ng looked back tearfully at silent family members Tuesday as a jury sentenced her to 50 years in prison for beating her daughter to death in 2008.

Jurors set the punishment after listening to Ng's friends and family, including her ex-husband, testify that Ng was a loving mother who never harmed any of her four children, let alone 2-year-old victim Gianna Espinoza.

Ng, 25, was convicted of murder Monday in the death of Gianna, who was found unresponsive in December 2008 and died later at a hospital from internal bleeding caused by blunt force trauma to the head.