The Angels weep while the Devil drinks 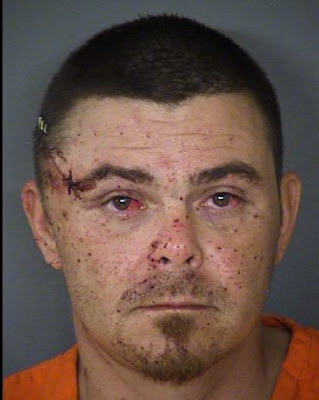 The last child he had is now dead as well.

Because he drank, because he drove while intoxicated, he has killed his wife,their mother, Roxanna Mendoza Demers.

Because he drank, because he drove while intoxicated, he also killed their four sons, Ezra, Jeshua, Abram, and Silas.  They will never know the joys of growing up, falling in love, becoming men in their own right.

Because we, yes we, allow folks like him to go on their way, to go on and continue to drink and drive, to drive and cause people to die.

Boy, 8 dies after life support removed
He was the fifth family member to die after his father crashed the family's car into a bulldozer
By Eva Ruth Moravec - Express-News

An around-the-clock vigil by relatives of an 8-year-old boy injured in a car crash ended Thursday when he died in his aunt's arms after being taken off life support.

Abram Demers was the fifth member of his family to die after his father crashed their car into a bulldozer early Monday on the way home from a Father's Day party at Medina Lake. His mother, Roxanna Mendoza Demers, and three brothers, Ezra, 1, Jeshua, 4, and Silas, 9, also died.

Still held in the Bexar County Jail's infirmary is Larry William Demers, 35, who police said was speeding when he lost control of the car. He is charged with intoxication manslaughter and intoxication assault.