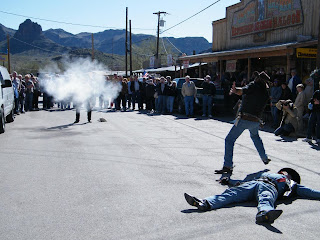 Another weekend night another gunfight.


A gunfight at a South Side apartment complex left a 23-year-old man dead Friday night.

Capt. Tracy Powers said two groups of people got into an argument that turned into a gunfight just after 10 p.m. at the Rosemont and University Park apartment complex.

The victim, who lived at the complex, could have also been a shooter, Powers said, adding that details were still unclear as several witnesses were providing different stories about what happened.