Try out our government cheese too! 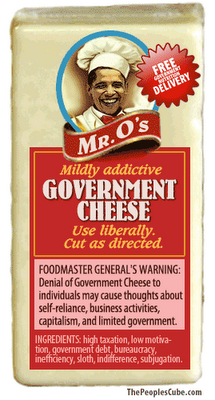 What brilliant overpaid Government employee thought this would be an ok thing to do?

Because we don't want the real economic story to get out while Obama is running for re-election or what?


The Labor Department has backed off a plan to force news agencies to use government-issued computers and other equipment to report on jobless reports and other key economic data, following a GOP-led House hearing this week, according to several published reports.

Agency officials have said they want reporters who analyze, then write about economic reports inside their so-called “lock up” room to use U.S. computers, software and Internet lines so the government can further protect against such potential security breaches as hacking.

But the plan also resulted in cries about potential free-speech violations and the government now having computer access to news agencies.