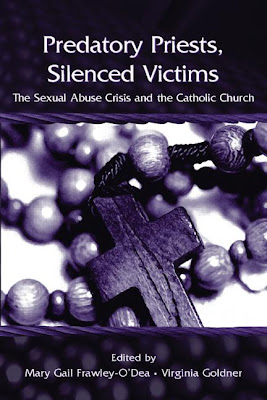 Father, forgive them for they know not what they do.

Its not the crime its the cover-up.  Okay its also the crime too.

Jury selection begins today in the Bexar County trial of a lawsuit accusing the Archdiocese of San Antonio of covering up a former priest's sexual abuse of an altar boy in Floresville in the mid-1970s.

Louis Paul White repeatedly sexually abused a then-12-year-old boy, the lawsuit claims, chiding the Catholic hierarchy for waiting until 1989 to defrock White and until only three years ago to publicize his name as an accused child molester.

White, now 69, was an associate pastor at Sacred Heart Catholic Church in Floresville from 1976 to 1977, when the alleged abuse took place. The lawsuit claims that he molested the boy in White's bedroom, a shop at the rectory and the church itself — up to three times a week for six months.