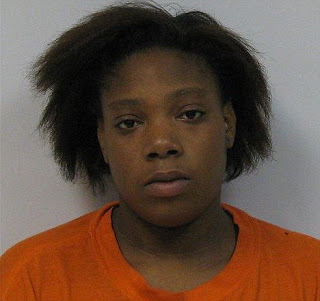 Another horrendous crime flying under the radar of the main stream media.

I have to get this in a British newspaper.

Could it be because it's a black on white crime rather than the vice-versa?

I mean to them that is much more better for news eh?


Police in the US have arrested two teenagers in connection with the murder of a Domino's Pizza worker who was stabbed 50 times and bludgeoned as she delivered an order to them.

The stabbing took place on Thursday evening as the victim, 27-year-old mother-of-one Elizabeth Hutcheson, was delivering pizza to an address in the small city of Cedartown in Georgia.

Cadedra Cook, 18, who lived at the house, and a 15-year-old boy whose name police are not releasing, are in custody in Polk County Jail on murder charges.