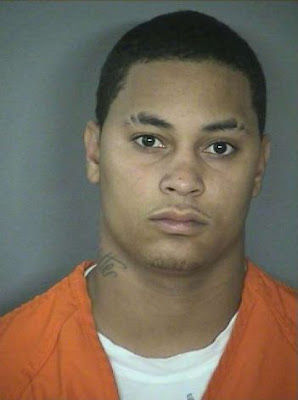 This is what caused a murder at a family barbecue?

The father was too tired after working to help barbecue so the son gets into a fight with him, goes into the apartment, comes out with a gun, and shoots him?

Sounds like he needs to be removed from society for, umm... at least forever.

A man who refused to help his son barbecue Thursday night was shot dead after a scuffle erupted between the two, a family friend said.

Daniel Goodwin, 41, was found dead in a bedroom of his apartment in the 3700 block of East Commerce Street about 7 p.m., according to an incident report.

His son, Darrius Goodwin, was arrested on murder charges.