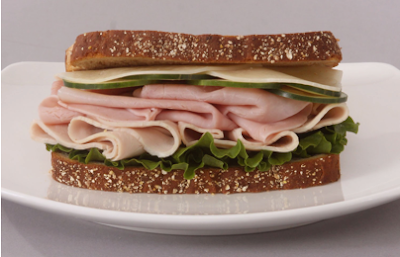 An East Hartford man has called 911 to complain that a deli fouled up his sandwich order.

The man can be heard on a recording of Wednesday’s call complaining that he “specifically asked for little turkey and little ham, a lot of cheese and a lot of mayonnaise,” and the Grateful Deli in East Hartford got it wrong.

The dispatcher asked the man to verify that he was calling 911 because he didn’t like the way they made his sandwich.

The dispatcher advised him not to buy it.

No charges have been filed.
Posted by Sam at 9:17 AM