It sucks to be you 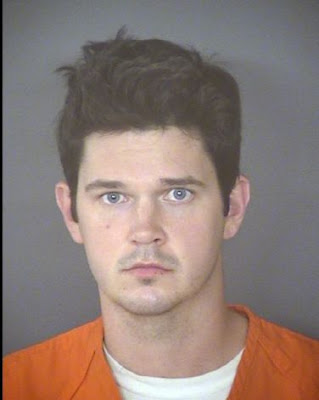 Already twice convicted of DWI by the age of 25.

Congratulations.  Now you get to find out about the"old" Common Law Felony Murder rule codified in the Texas Penal Code,  i.e. causing the death of someone while in the course of committing a felony, to wit: Felony DWI, because this was your third DWI.

Thank you Madam DA Susan Reed for taking this step.

Perhaps the same could be done to Larry Demers who was committing the State Jail Felony offense of DWI with a minor in his car, when they died in the crash discussed in the posting below?

A driver already twice-convicted of drunken driving has been charged with two counts of felony murder, accused of being drunk when his SUV struck the back of a car stopped along Interstate 10, killing a mother and daughter.

Driving-while-intoxicated cases that result in death are usually tried as intoxication manslaughter, but a third DWI is a felony. Causing a death while committing a felony can result in a felony murder charge.

A grand jury Wednesday indicted Christopher Hughes Lamar, 26, in the deaths of Kaylee Flores, 10, and her mother, Jessica Rodriguez, 28.