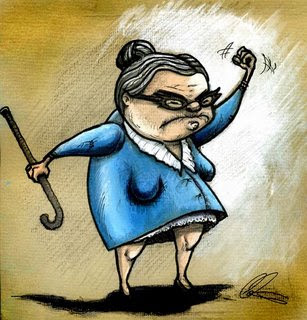 For swinging her cane at them?

Police in Dorchester County, S.C., used a Taser on a nude 80-year-old woman after she allegedly attempted to attack police with her walking stick.

WCSC reports that when police answered a complaint of someone making loud noises in the area, they were met by an elderly woman wearing no clothes on her porch, reportedly hitting the steps of her porch with her cane.