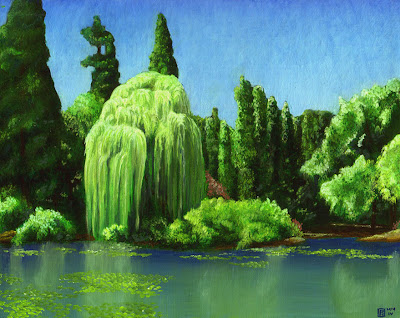 It doesn't matter if, from other news sources, they were black, or white, brown, yellow or green teens.  Protect the citizens in the park and prosecute the thugs committing the crimes.

Unfortunately as well, they choose to limit access to the park thereby denying it to those who are using it for legitimate recreational purposes.

Portland's bureaus of Police and Parks will join forces this weekend to increase security in Laurelhurst Park after reports of two large-scale fights there Wednesday and Thursday nights.

According to those who reported the incidents to police, both assaults involved a large group of teenage boys who attacked either an individual or a small group.

Police say they learned of the first incident Wednesday evening when called to the Southeast Portland park about 10:36 p.m. to investigate a report of 150 drunken teens. When they arrived, they told the teens they found to leave. But they were then flagged down by a young woman who told them that a 14-year-old boy had been beaten up and was lying on a picnic table at the west end of the park.